Vocal chamber music from, for, by, and about Michigan

The peonies, too heavy with their beauty,
slump to the ground. I had hoped
they would live forever but ever so slowly
day by day they´re becoming the soil of their birth
with a faint tang of deliquescence about them.
Next June they´ll somehow remember to come alive again,
a little trick we have or have not learned.

Jim Harrison (1937-2016) was an author who wrote about Michigan’s Upper Peninsula in many of his novels.  His poetry embraces the natural landscape of the U.P., where I grew up.  Peonies is not really specific to the U.P. but it was such a lovely poem, I asked Jim for permission to set it, and he said yes!

Musically, the inspiration for Peonies came from a performance by Emily Marvosh herself, who sang Bill Bolcom’s “Waiting” (another Michigan composer!) at a house concert in Newton, MA right before I wrote Peonies.  Bolcom’s work is stunningly beautiful, gorgeous for the voice, and also extremely simple, recalling popular song from a century ago.  Peonies also recalls an earlier kind of music, and strives to capture the lilting quality of the meaning of the words in a simple and subtle setting.

With work described as “sumptuously scored and full of soaring melodies” (The New York Times), and “unspeakably gorgeous” (Gramophone), American composer Elena Ruehr is known for her lyrical and rhythmically vibrant music.  Her music has an organic, breathing flow, derived from its origin in the movement of the body and the vitality of the natural world; her melodies often incorporate details and figurations of improvised performance, sometimes with exotic touches.  Ruehr says of her music “the idea is that the surface be simple, the structure complex.”

An award-winning faculty member at MIT since 1992, she has been a Guggenheim fellow, a fellow at Harvard’s Radcliffe Institute, and was the first composer-in-residence with the Boston Modern Orchestra Project (BMOP) from 2000-2005, where the orchestra premiered her pieces Shimmer, Sky Above Clouds, Ladder to the Moon, as well as her acclaimed opera Toussaint Before the Spirits in collaboration with Opera Boston (Arsis Records, 2005).   BMOP also released a recording of her complete orchestral works (O’Keeffe Images) in 2014.

In addition to her work with BMOP, her recordings include Lift (Avie Records, 2015) Averno (Avie Records, Trinity Choir, 2012), How She Danced: String Quartets of Elena Ruehr (Cypress String Quartet, 2010), and Jane Wang considers the dragonfly(Albany, various artists, 2009).  Ruehr’s pieces are often inspired or suggested by work from other artistic spheres, and she is known for her collaborations with the writers Louise Glück, Elizabeth Alexander, Margaret Atwood, Ann Patchett, Gretchen Henderson and Adrienne Rich, among others.  Ruehr grew up in Michigan’s Upper Peninsula near the shore of Lake Superior. 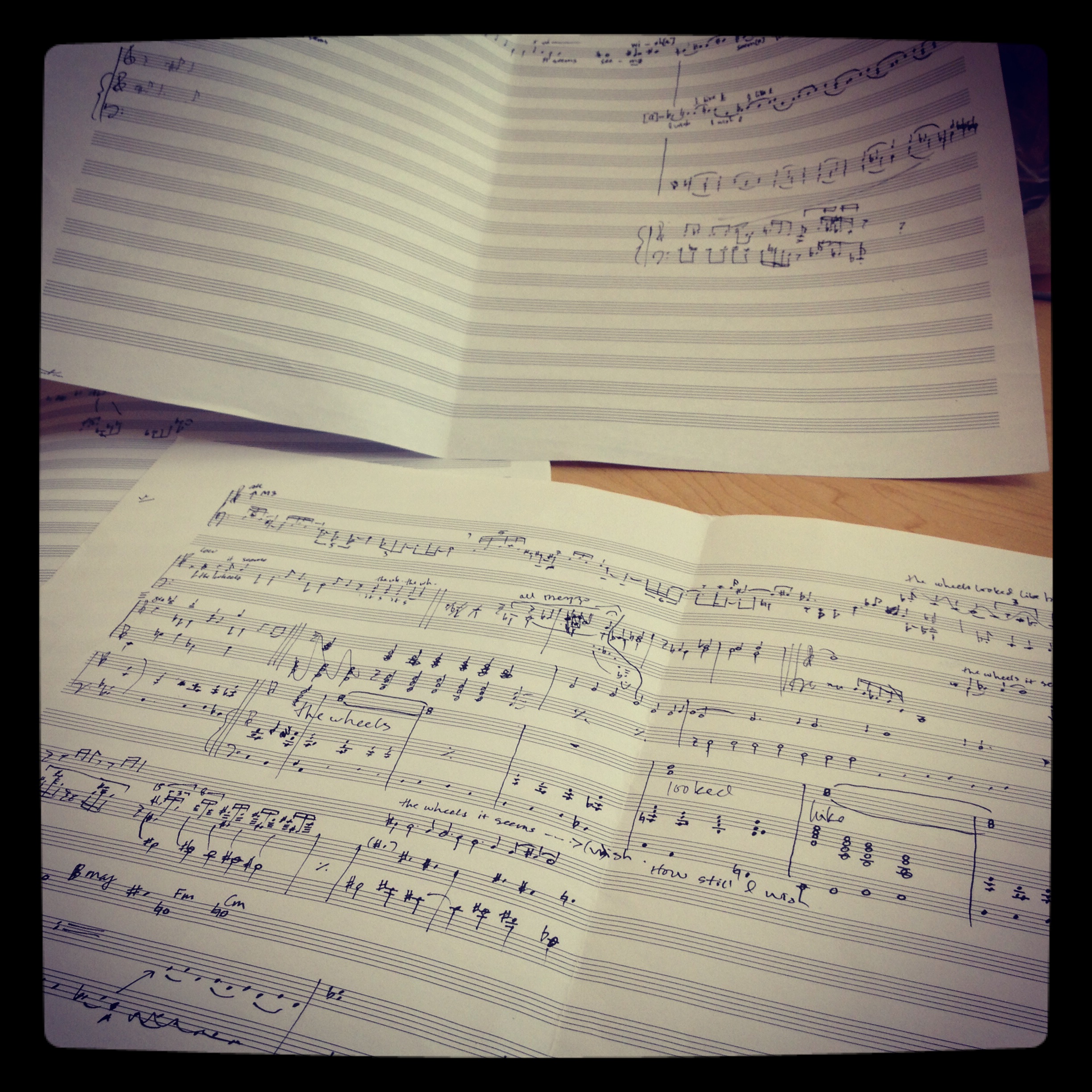